“The monarch butterfly is an iconic North American species whose multigenerational migration and metamorphosis from caterpillar to butterfly has captured the imagination of millions of Americans...we hereby pledge to help restore habitat for the monarch and encourage our citizens to do the same so that these magnificent butterflies will once again flourish across our state and the continent.”

–from The Woodlands Township Proclamation

The Plight of Pollinators

The decline of monarch populations over the past 20 years has been well documented. More recently, a study by the U.S. Geological Society concluded that there is a substantial probability that monarch butterflies east of the Rockies could decline to such low levels that they face extinction.  By June 2019, the U.S. Fish and Wildlife Service will determine whether to list the monarch butterfly as endangered or threatened. This will conclude a five-year assessment following the petition to list the monarch under the Endangered Species Act in August, 2014.

At the moment, 74 pollinator species are on the federal Endangered Species list, including butterflies, bees, bats, moths, beetles, skippers and flies. What’s more is that the monarch migration is now recognized as an “endangered biological phenomenon” by the International Union for the Conservation of Nature. Considering that pollinators are a vital component of a functioning ecosystem and essential to the reproduction of over 80% of all flowering plants—not to mention that one in every three bites of food we eat is directly attributed to the work of pollinators—it’s easy to see why pollinator conservation efforts are so important.

The primary issues facing monarchs are the same that put all pollinators at risk:

In addition to these threats is one unique to monarchs: the decimation of its host plant, milkweed, Asclepias spp. Monarchs are completely dependent on milkweed if the species is to survive—it’s the only plant that hosts the female butterfly for laying eggs and is the single food source for her caterpillar offspring.

As many as 1.8 billion additional stems of milkweed plants may be needed in North America to return imperiled monarch butterflies to a sustainable population size, according to a recently published U.S. Geological Survey study.

The current and projected impact this loss has had and will continue to have on the species has spurred a national effort to plant 1.3 billion stems of milkweed along the migratory path of the monarch from Texas to Minnesota. By doing so, the goal (established by the U.S. Fish and Wildlife Service and adopted by Mexico, Canada and the U.S.) to double the Eastern monarch population by 2020 may become a reality.

The Township’s program, Plant for Pollinators, helps protect monarchs, bees and all butterflies in a number of ways. It identifies opportunities for reintroducing milkweed to our natural green spaces and areas that can be protected for pollinator habitat. Encouraging residents to plant a home pollinator garden is another key program component. And residents don’t need a home landscape to make an impact—a balcony container garden works just as well. All who live, work, and play in The Woodlands can be part of this project. 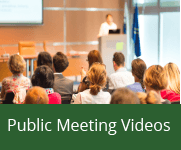 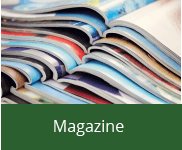 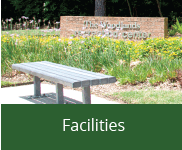